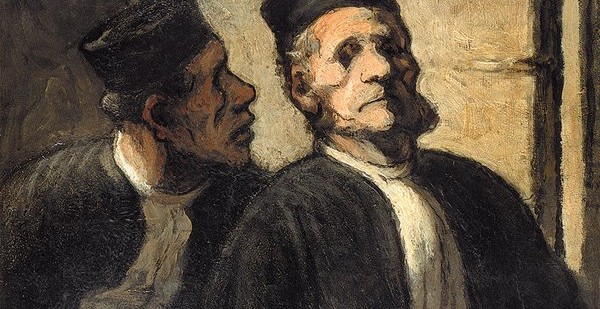 ‘Why the Innocent Plead Guilty’: An Exchange

Judge Jed S. Rakoff’s article “Why Innocent People Plead Guilty” is spot on, but doesn’t go far enough. True, we have a federal plea system, not a trial system. True, to call the process “plea bargaining” is a cruel misnomer. There is nothing here remotely like fair bargaining between equal parties with equal resources or equal information. The prosecutors’ power—as Judge Rakoff describes—is extraordinary, far surpassing that of prosecutors of years past, and in most cases, far surpassing the judge’s. Judge John Gleeson, a federal judge of the Eastern District of New York, made this clear during a case involving a charge for which there is a mandatory minimum sentence. As a result of the prosecutor’s decision to charge the defendant with an offense for which there is a mandatory minimum sentence, no judging was going on about the sentence. The prosecutor sentenced the defendant, not the judge, with far less transparency and no appeal.

Indeed, there were times during my seventeen-year tenure on the federal bench in Massachusetts that inquiring of a defendant as to the voluntariness of his guilty plea felt like a Kabuki ritual. “Has anyone coerced you to plead guilty,” I would ask, and I felt like adding, “like thumbscrews or waterboarding? Anything less than that—a threatened tripling of your sentence should you go to trial, for example—doesn’t count.”

It is true too, in view of such threats of long terms in prison, that there is a strong possibility that the innocent may plead guilty. It may well be a rational calculation, given the penalty of going to trial, for there is clearly such a penalty. The prosecutor typically induces a plea by offering a “carrot,” the lesser charge, and at the same time a gigantic “stick.” It is not simply that he may well tack on additional charges enabling mandatory or even consecutive punishments, should the defendant go to trial. He also can threaten that he will introduce evidence of uncharged conduct at the sentencing, or even evidence of counts for which the defendant was acquitted, so long as the defendant is convicted of something. No other common law country in the world enables the prosecutor to seek a sentence based on criminal conduct never charged, never subject to adversary process, never vetted by a grand jury or a jury, or worse, charges for which the defendant was acquitted.

Under the Federal Sentencing Guidelines introduced in 1984, such alleged conduct by the defendant can “count” toward a higher sentence, as evidence of additional “loss” in a white-collar case or quantity in a drug case. It can substantially increase the sentence, an effect unheard of in other, nonfederal jurisdictions, and indeed, unheard of before the passage of the guidelines. (Prior to the guidelines a judge could have considered uncharged or even acquitted conduct generally, but it did not have the same serious consequences in the post–mandatory minimum, post-guideline era in which a specific quantity of drugs or a specific amount of criminally obtained money, or both, almost exclusively drive the sentence.)

Whatever we call them, the prosecutor’s tactics impose very serious penalties for going to trial, for choosing to have a jury decide your fate, or even for challenging unconstitutional conduct. In fact, the guidelines encourage rushing to the prosecutor to plea bargain as soon as possible, before your codefendants do.

I retired from the bench in September 2011, after seventeen years. Prior to that, I had been a criminal defense lawyer. I am back in practice (among other activities like teaching and writing). I can see how the defense of federal criminal cases has changed. Do you risk challenging this unconstitutional system when it may mean that the more compliant—perhaps more culpable—defendants get a better deal? Do you risk litigating the case in the face of the trial penalty that could well double or triple a defendant’s sentence?

Remember Aaron Swartz, the twenty-six-year-old Internet prodigy accused of wire fraud and violations of the Computer Fraud and Abuse Act who committed suicide after being offered a choice between a plea of guilty with a six-month sentence or a trial in which he risked a seven-year sentence under the guidelines if found guilty. Then there is the case of Kevin Ring, a lobbyist for Jack Abramoff, who was convicted at trial. Abramoff, the conceded ringleader, pled guilty and got four years. Offered a deal with no prison time if he cooperated, Ring refused, taking the case to trial. After a trial finding him guilty, the prosecutor urged a seventeen-to-twenty-two-year sentence, which the sentencing judge acknowledged could well have a “chilling effect” on the exercise of the right to a jury trial. Indeed, it is not just the innocent who may well plead guilty. It is also possible that claims of prosecutorial or police misconduct will not be litigated because of a rush to plead guilty.

The remedy Judge Rakoff proposes would help, namely, a review process before a magistrate judge. But the magistrate judge is not appointed for life; his tenure is limited to a term and dependent upon the decision of the federal district court he serves. How free will he be to probe the plea deal? How much information would he have? Often he is a former prosecutor—although as Judge Rakoff’s judicial record suggests, that background does not predict a tilt toward the prosecutor.

Still, I am skeptical that anything will change unless there are changes in the structure of punishment, including the previously mentioned mandatory minimums and guidelines, as well as the ability of prosecutors to refer to uncharged or acquitted conduct at sentencing. I am skeptical that anything will meaningfully change until we reduce the weapons that the prosecutor brings to the bargaining table. I am skeptical unless the courts frankly characterize enhanced trial sentences for what they are, an improper penalty for going to trial, a substantial burden on the rights the Constitution provides. Without these changes, I fear that even review by the magistrate judge will become a Kabuki ritual.

Read the full exchange, including responses by Bruce Brower and Paul Shechtman, in The New York Review of Books.

Post Views: 16
« Previous: Young people’s brain development gives us window for change
Next: WATCH – “A Dialogue on Agency, Responsibility, and the Brain – with Stephen Morse” »