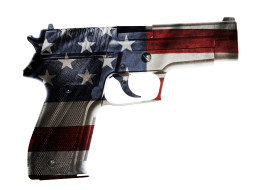 The Truth About Gun Violence and Mental Illness

The recent shooting tragedies — Lafayette, Chattanooga — and the recent sentencing of Aurora theater shooter James Holmes, have once again thrust mental illness into the center of our national dialogue. A wave of politicians and public figures — from Senator Chuck Schumer (D-NY), to Senator John Cornyn (R-TX) and the National Rifle Association — have proposed legislation encouraging greater public access to mental health records, as key to addressing gun violence. It seems many Americans are operating under Louisiana governor Bobby Jindal’s logic: “Look, every time this happens, it seems like the person has a history of mental illness. We need to make sure that the systems in place actually work.”

While it’s always refreshing to see high-profile calls for a properly functioning mental health system, one has to wonder, where were such calls when we learned that there are ten times as many mentally ill people in jails and prisons than in mental health institutions? Where was the outrage when state budgets slashed funding for psychiatric services, and cut nearly $4.5 billion in services to the mentally ill between 2009 and 2012? Where was the public support for increased access to mental health treatment after The Washington Post recently reported that a person in the throes of a mental health crisis is shot and killed by the police every 36 hours?

Why didn’t we care that the system didn’t work then?

As Senator Chris Murphy (D-CT) pointed out in an interview, “You should reform our mental health system because it’s broken. You shouldn’t reform the mental health system only because you think it’s a response to gun violence.” And the research around mental illness and gun violence supports his claims. Countless studies show that mental illness does not predispose to gun violence towards others and, in fact, that persons with severe mental illness are more likely to be victims of violence than perpetrators. Similarly, although prisons and jails have huge mentally ill populations, the vast majority of mentally ill inmates are locked up for nonviolent crimes.

In fact, factors such as mental illness, stress, and high population densities are — at best — very weakly related to firearm deaths: only gun control restrictions on a state level are significantly correlated with fewer gun-related deaths. Yet, despite this, since the Newtown massacre, Americans have increasingly favored more gun ownership over gun control, and feel that little can be done to prevent future mass shootings.

Part of the problem is that coverage of mass shootings where the perpetrator has a history of mental illness increases stigma against the mentally ill. For example, one month after the Newtown massacre, over two-thirds of survey respondents reported being unwilling to be neighbors with someone who has a serious mental illness, and nearly half believed that people with serious mental illness are “by far” more dangerous than the general population. While organizations such as the National Rifle Association un-ironically propose a national database of the mentally ill as a way to curb gun violence, and oppose federal funding to research gun violence, the fact remains that the vast majority of violent acts are committed by people who are not mentally ill. According to the U.S. Department of Health and Human Services, only 3-5 percent of violent acts can be attributed to someone with serious mental illness. Even if we somehow managed to confine the entire population of people suffering from mental illness, as Dr. Renee Binder, president of the American Psychiatric Association, points out, “you might think you were safe, but you are not.”

There’s also another element at play, and it has everything to do with what kind of gun violence we choose to care about. The website Mass Shooting Tracker shows that we have barely gone over a week in 2015 without a mass shooting. But because the website includes the relentless daily carnage of far more frequent gun deaths — particularly those in poor, urban settings — it receives criticism from people like Fox News columnist John Lott, who would rather “focus on the cases that people are most concerned about.”

Meanwhile, there were over 2,500 shootings reported in Chicago alone during 2014–if these shootings had been attributed to religious or political terrorism, or had been clustered anywhere but among the urban poor, perhaps journalist Lott and many others would consider them “cases” that people are “most concerned about.”

The fact of the matter is that scapegoating those with mental illness after tragic instances of gun violence is not making us safer, nor is it promoting mental health. In being selective about what kinds of gun violence – or which victims – deserve our concern, and choosy about when mental health issues warrant our attention, we merely pay lip service to tackling either. It’s wonderful to call for systemic reforms, to promote legislation, and prioritize mental health; but if political support is informed by stigma and conditionally granted, it helps no one.

Read the full article originally published by The Huffington Post.

Post Views: 29
« Previous: Specificity of Incident Diagnostic Outcomes in Patients at Clinical High Risk for Psychosis
Next: Bad To The Bone: Seven Myths About Juveniles In Jail »