CLBB board member receives Emmy for Documentary about Interracial Marriage 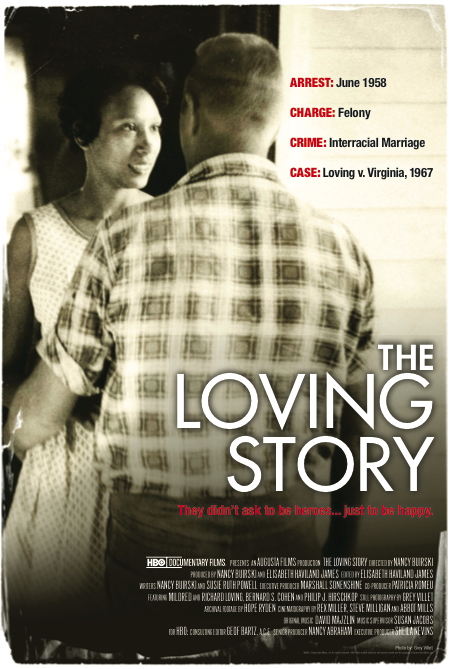 CLBB applauds the efforts of its community of faculty and board members committed to social justice. This week, one of CLBB’s principal board members, Marshall Sonenshine, received kudos for the powerful film on interracial marriage, on which he served as executive producer.

“The Loving Story” garnered an Emmy Award for Outstanding Historical Programming.  The film chronicles the life and marriage of Richard and Mildred Loving, who fought to live together as an interracial married couple in Virginia, a state that prohibited interracial marriages.

The Lovings were prosecuted under the anti-miscegenation statute and convicted in trial court, receiving a suspended 1-year sentence in jail. Spearheaded by Mildred, the Lovings fought the decision of the lower courts all the way to the Supreme Court of the United States. In 1967, Chief Justice Warren issued one of the landmark decisions of the Civil Rights Movement in Loving v. Virginia which invalidated state laws that prohibited interracial marriages. This ruling continues to serve as highly relevant precedent to current legal debates, as it has paved the way for such milestone decisions as the rights of same-sex couples in state and federal courts.

The film also received a Peabody Award, was nominated for Outstanding Documentary and Outstanding Editing, and short-listed for an Oscar.  Sonenshine received the Emmy with co-executive producers Scott Berrie and Sheila Nevins, President of HBO Documentary Films.

« Previous: Lessons in Pain Relief — A Personal Postgraduate Experience
Next: Giving Back By Promoting Alzheimer’s Awareness »