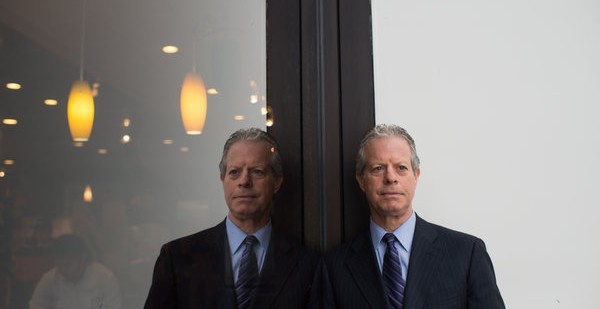 In “Still Alice,” Julianne Moore portrays a college professor who learns she has Alzheimer’s disease.

Ms. Moore’s character has one big advantage over many people who get Alzheimer’s. She and her husband, played by Alec Baldwin, are affluent. They teach at Columbia and have raised three children in what looks like a brownstone near campus. One child is in medical school, another in law school and a third, to the chagrin of her mother, has moved to Los Angeles to become an actress.

When she grows concerned over her own forgetfulness, she has the wherewithal to be seen by a top neurologist. She thinks she has a brain tumor; after a series of tests she finds out it’s Alzheimer’s — a diagnosis she hears about in her husband’s presence.But stories from financial advisers indicate other families are not so fortunate.

Thomas Mingone, managing partner at Capital Management Group of New York, said he had clients whose mental slide had been apparent to the advisers, accountants and lawyers in the room but not to the client. Since advisers are bound by a fiduciary duty to protect their clients’ privacy, Mr. Mingone said he can’t simply call up their children to let them know.

With a client who seems to be slipping but lives alone and sees family members infrequently, Mr. Mingone said he suggests a family meeting, which allows him to connect with his client’s children. Other times, he said, just asking clients how they are doing brings the problem out.

“Sometimes when you bring this up with clients, it’s a relief to them,” he said.

Once the family is brought in — if there is a family — legal documents can be tended to and the family’s ability to manage Alzheimer’s care can be assessed.In the film, Ms. Moore’s character gets bad reviews for her teaching and is confronted by her department chairman. She tells him she has Alzheimer’s; a few scenes later, she and her husband are on a beach and she appears to be receiving disability payments.

It’s not always this easy. Not everyone has disability or long-term careinsurance; even those who do may not have enough. Advisers encourage people to buy it, but it costs thousands of dollars a year.

Short of having that coverage, an up-to-date estate plan with a durable power of attorney and relevant health care documents is essential. “It’s not that people don’t have an estate plan,” said Richard A. Behrendt, director of estate planning at Annex Wealth Management. “It’s that it’s a will that was done 20 years ago when their kids were 3 and 5. It’s not about who’s going to get your stuff. It’s ‘If I can’t communicate it’s going to be tough to make decisions with my health care providers.’”

And part of that conversation, Mr. Behrendt said, should be pointing out that nursing home care for an Alzheimer’s patient can run around $80,000 a year and last for a decade or more, depending on the person’s age.

“You can have someone with a pretty sizable retirement account that just gets wiped out by an illness like this,” he said. “Less than 10 percent of adult Americans have some long-term care insurance.”

Then there are the family dynamics. Daniel Reingold, president and chief executive of the Hebrew Home in Riverdale, N.Y., said of his three brothers: “Each of us has different parents. They happen to be the same people — unless we describe them.”

That dynamic is on display in “Still Alice”: The daughter in law school is married and has twins after struggling to conceive; the son is in medical school; the daughter acting in Los Angeles keeps her distance from both and seems to get along best with her father.

Of course, that siblings fight and harbor grudges from childhood is news to no one. But those adult children also don’t always respect their parents’ wishes. Consider when a person with Alzheimer’s wants to have a say in when he or she dies.

Ms. Moore’s character makes a video instructing her future debilitated self on how to take pills hidden in her drawer to commit suicide. The carefully detailed plan is the product of a lucid mind, something she no longer possesses when she later finds the video. Her effort fails when she is interrupted and forgets what she was doing.

William Zabel, a leading trusts and estates lawyer and a founding partner of the law firm Schulte Roth & Zabel, said it was difficult for people in the United States to chose dignified death on their terms. One of his clients wanted him to be with her when she took her own life at the Carlyle Hotel in Manhattan, he said. But doing so would have led to his disbarment.

But after the request, a lawyer at his firm put together a 21-page memo on right-to-die laws around the world. It is a difficult subject, and not just because of the moral issues. There are the logistics beyond the actual act. How, for example, would someone with Alzheimer’s get to a country that allows assisted suicide when he or she has only moments of lucidity, or find a doctor in the United States who might administer a strong dose of morphine?

His firm’s memo includes a “dementia provision,” where people can elect that a list of life-sustaining treatments be withheld and ask that their wishes regarding the end of their lives be upheld. It’s a strongly worded statement, but Mr. Zabel said it might not hold up in court, particularly in states like New York where withholding food and water from a person is illegal.

“In one case, I filmed the decedent about why he wanted to die in a dignified way,” Mr. Zabel said. “Just writing a letter is not the same as seeing it on film, particularly where there are family members who particularly religious and particularly not. You get into this moral quandary of assisted suicide versus dignified death.”

Just as vexing is the abuse of someone with Alzheimer’s by a family member, caregiver or grifter. Hebrew Home established the first shelter for abused elderly people in 2005, and Mr. Reingold said about 60 percent of its clients suffered from some form of dementia.

“There is almost always an underlying financial issue — Mom didn’t give me the money so I pushed her down the stairs,” Mr. Reingold said. “Each case is different, but what’s typical is there is always coercion and control.”

Red flags include an elderly relative suddenly spending time with a new, younger friend — or an adult child or distant relative moving in. Putting good checks in place is not hard but it requires foresight: regular visits by someone who is trusted to monitor someone’s appearance, automated deposits and bill payments, and conversations with bank tellers or doormen who know the elderly person’s patterns.

For people who are alone and have to rely on a durable power of attorney, Mr. Reingold said having two was a good check, one for the person and one for the property.

Here was where the professor in “Still Alice” was fortunate: Her family put aside their differences and together figured out a way to care for her. It’s a good Hollywood ending.

Correction: February 3, 2015
An article in the Personal Business pages on Saturday about the family financial and emotional costs of Alzheimer’s disease misspelled the name of a Manhattan hotel at which an Alzheimer’s sufferer wished to take her own life. It is the Carlyle Hotel, not Carlisle.Read the full article in The New York Times.
« Previous: Reappraising Pain
Next: The Politics of Jurisprudence »