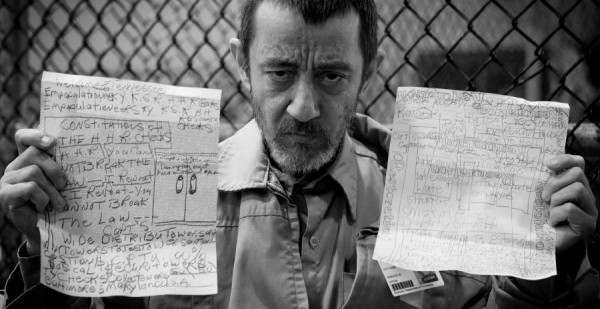 In the New York Times, Nicholas Kristof writes that jails are the de-facto source of mental health care for many. Nationwide, more than three times as many people with psychiatric care needs are housed in prisons and jails as in hospitals, and 40% of people with mental illness are arrested at some time in their lives. Kristof points to a systemically under-resourced mental health care system to explain the management of mentally ill people through law enforcement and jails. Chicago’s Cook County Sheriff remarks that “We’ve systematically shut down all the mental health facilities, so the mentally ill have nowhere else to go. We’ve become the de facto mental health hospital.”

Once inside, the situation for mentally ill prisoners in the US is particularly stark. In isolating, overcrowded prisons, inmates needing psychiatric care are often subject to abuse, neglect, and discipline for not being able to follow the rules. Allen Frances reported in the Huffington Post that psychiatric patients in prisons are frequent rape victims. A Bridgewater (Massachusetts) State Hospital corrections inmate was killed when prison guards untrained in mental health disorders placed him in restraints; an investigation into his death is still incomplete five years later. After finding that mentally ill inmates were “basically incarcerated to death — restrained naked in chairs for hours, left to rot in their own feces and sick in solitary confinement, pepper sprayed profusely, given limited access to mental health counselors,” the state of South Carolina was given 180 days to fully remediate its treatment of mentally ill prisoners.

In news that suggests the prison system is increasingly sensitive to mental health issues, the state of New York announced that it will end the practice of solitary confinement for certain classes of inmates, including youth, pregnant, and mentally disabled prisoners. In Atlanta, after a backlash over the neglect of mentally ill prisoners, prison officials have started a successful treatment-focused “step down” program in Atlanta. And in Augusta, Maine, a newly created intensive mental health unit in a jail is providing key services to inmates, and might begin to relieve some of the burdens of an overcrowded state psychiatric hospital. Finally, in Colorado, Rick Raemisch, executive director of the state Department of Corrections, spent a night in solitary confinement as part of a project to better understand and minimize its use, and wrote about it in the New York Times.

The question remains: Why are there so many mentally ill people in prison, and why are they not getting treatment elsewhere? Brain science research has a role to play in the evolution of more informed mental health care policy, in which prison does not exacerbate mental illness, and rehabilitation is the standard.

Post Views: 72
« Previous: At Airports, a Misplaced Faith in Body Language
Next: Norms and Neurons »