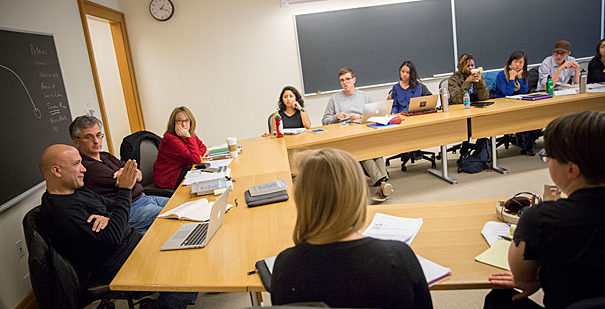 Hard Time Gets a Hard Look by Judge Nancy Gertner

“Each of us in different ways has been teaching and working on the problem of criminal justice policy. We thought there would be some unique value in bringing together three perspectives: the social science on problems of crime and criminal justice, the perspective of policy research and analysis, and law.

None of us ever believed that we would be in a world in which people are talking about reducing incarceration and letting people out of prison…. the discussion goes from the abstract to the concrete.”

About her experience with the problem of mass incarceration and commitment to resolving it, she comments on her time as a federal judge:

“Eighty percent of sentences that I was obliged to impose in drug cases were unjust, disproportionate, and inequitable,” she told the class of working as judge within a strict sentencing framework ushered in by the Sentencing Reform Act of 1984. After retiring in 2011, she embarked “on a trajectory of wanting to know more,” she said, and pressing for change.

Read the full article, “Hard Time Gets a Hard Look”, by Colleen Walsh, published by the Harvard Gazette on November 29, 2016.