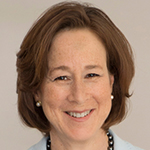 Does America Have PTSD?

America is afraid. There is fear of daily new terror attacks here or abroad. There is growing fear of rampant domestic gun violence. Fear that this person or that is ruining the country. It is fear aimed outward: witness the pervasive discourse of threat at the recent Republican National Convention. It is fear aimed inward: witness our 2.2 million people behind bars, a highly disproportionate number of whom are people of color. If our country were a person, we would view that person as anxious, reactive and reeling from years of trauma: major symptoms of PTSD.

Suggesting the country itself has PTSD is hyperbolic to make a point: a shocking number of Americans do in fact suffer from PTSD. Current statistics suggest that between 6.8 and 10.1 percent of Americans will develop PTSD in their lifetimes making it the 5th most common psychiatric illness. For perspective, that’s somewhere between the population of Texas and California who will require treatment. By contrast, rates are much lower in other westernized countries like Germany (2.3%) or Spain (.56%).

The symptoms of PTSD (hyper-arousal, flash-backs, avoiding reminders of trauma) are debilitating. Making things worse is the common co-occurrence of depression and other anxiety disorders. These problems cause other physical illnesses that lead people with PTSD to visit the hospital much more often than other citizensmaking it an enormous burden on the U.S. health care system.

We have made great progress increasing awareness and understanding of stress disorders afflicting military service members. Programs targeted at returning soldiers bring community support and de-stigmatize this understandable reaction to the traumas of war. Programs like the Wounded Warrior Project and MGH Home Base Project help veterans stay integrated with their community through engagement and job training while providing both physical and mental rehabilitation. Most major research projects like the Consortium to Alleviate PTSDor the National Center for PTSD are aimed at treating PTSD in veterans.

This progress is commendable, but we do have to ask: what about everyone else? PTSD continues to occur at high rates among civilians because up to 80% of us will experience at least one trauma such as an assault, traffic accident, or natural disaster.

Events like those at the Pulse in Orlando or any of the 58 mass shootings since highlight the conventionally combat-like situations people experience or witness. Research following the September 11th World Trade Center attack demonstrates that witnessing disasters, even on television, is enough to trigger PTSD. Also, lets not forget natural disasters like Hurricane Katrina and recent flooding in West Virginia, which can directly affect thousands.

These tragedies are dramatic, well publicized and lead to outpourings of support. This is in contrast to the scant national attention paid to the violence and trauma experienced at incredible rates by people in America’s inner-cities. People living in inner-city Chicago and similar neighborhoods in Detroit, Washington D.C. andAtlanta, have rates of PTSD equivalent to those seen in soldiers returning from Iraq and Afghanistan. This means that in terms of mental health outcomes it is as if these residents live in a war zone.

Where are the national fundraising campaigns for inner-city kids who are assaultedat twice the rate as suburban kids?

The problem is that most of the time people don’t think of civilian PTSD as being in the same league as military PTSD, but this couldn’t be more wrong. Among all populations the more traumatic experiences you have the more likely you are to have PTSD. Especially at risk are those people who grew up in stressful and uncertain environments like the inner cities where rates of trauma are especially high.

So, we must have created systems to treat civilians for PTSD just like we have for veterans, right? Wrong, these people are largely forgotten. Between 2009 and 2012 $4.35 billion of funding was cut from state mental health budgets and funding cuts have widely continued since. These cuts disproportionately affect low-income families and transfer costs back to local hospitals, families and taxpayers.

The often overlooked consequences of high rates of PTSD are its contributions to community dysfunction and mass incarceration. Victims of violence, especially children, are very often alienated from their communities and, without sufficient support structures, are more likely to have substance abuse problems, behavioral problems and in the end are more likely to be arrested and incarcerated. Incarceration in turn increases rates of PTSD, substance abuse and health problems feeding a cycle of violence, mental illness, and incarceration.

This cycle is especially devastating for youths who experience trauma early in life. These kids are much more likely to develop PTSD, substance abuse and behavioral problems later in life. Once they have spent even a short time in in the criminal justice system they are much more likely to recidivate and return to jail or prison, ushering them into the so-called “Cradle to the Prison Pipeline.”

What can we do to break the cycle? Community treatment initiatives like the Grady Trauma Project show that starting treatment in the Emergency Department can greatly reduce the risk for PTSD. Other initiatives like Chicago’s “Safe Start“ and the Obama administrations “Brother’s Keeper“ begin to provide community resources that will prevent at-risk youth from entering into destructive cycles. These programs are currently relatively small-scale, but with sufficient funding could make huge impacts in at-risk communities.

The bottom line is that America has a problem with PTSD. No matter what we decide to do about it, continuing to ignore the problem and locking away huge numbers of mentally ill people only perpetuates cycles of violence, mass incarceration and fear. With proper attention and funding this could be a manageable problem whose treatment would promote mental health and safety for all Americans.

Judith G. Edersheim, JD, MD is a Co- Director and Co-Founder of The Center for Law, Brain & Behavior, as well as an Assistant Professor of Psychiatry at Harvard Medical School

Read the full article, originally published in The Huffington Post.