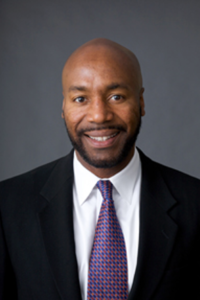 Paul Butler, JD, Paul Butler is the Albert Brick Professor in Law at Georgetown University Law Center and a legal analyst on MSNBC.  During the 2017-18 academic year he was the Bennett Boskey Visiting Professor at Harvard Law School.  He holds an honorary Doctor of Law Degree from City University of New York.

Professor Butler is one of the nation’s most frequently consulted scholars on issues of race and criminal justice. His work has been profiled on 60 Minutes, Nightline, and The ABC, CBS and NBC Evening News. He lectures regularly for the American Bar Association and the NAACP, and at colleges, law schools, and community organizations throughout the United States.  He serves on the District of Columbia Code Revision Commission as an appointee of the D.C. City Council.

Professor Butler’s scholarship has been published in many leading scholarly journals, including the Georgetown Law Journal, Yale Law Journal, Harvard Law Review, Stanford Law Review and the UCLA Law Review.  He was named the Professor of the Year award three times by the GW graduating class. He was elected to the American Law Institute in 2003.  Professor Butler’s book “Let’s Get Free: A Hip-Hop Theory of Justice” received the Harry Chapin Media award.

His book “Chokehold: Policing Black Men” was published in July 2017. The Washington Post named it one of the 50 best non-fiction books of 2017.  Chokehold was also named one of the best books of the year by Kirkus Reviews and the Atlanta Journal Constitution.  The New York Times described Chokehold as the best book on criminal justice reform since The New Jim Crow.  It was a finalist for the 2018 NAACP Image Award for best non-fiction.

Professor Butler served as a federal prosecutor with the U.S. Department of Justice, where his specialty was public corruption.  His prosecutions included a United States Senator, three FBI agents, and several other law enforcement officials. Professor Butler is a graduate of Yale University and Harvard Law School.