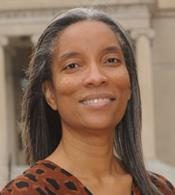 Avis E. Buchanan, JD, Director, the Public Defender Service for the District of Columbia. As the director of PDS, Avis E. Buchanan provides defense and related legal and non-legal services to people charged with crimes in the local District of Columbia courts who cannot afford to hire an attorney. After graduating from Michigan State University and Harvard Law School, Ms. Buchanan worked as a law clerk for the late Honorable Theodore J. McMillian of the U.S. Court of Appeals for the Eighth Circuit. In 1982, Ms. Buchanan joined PDS as a staff attorney, doing criminal defense work for six and a half years. For the next 13 years, Ms. Buchanan served as staff attorney, director of the Equal Employment Opportunity Project, and then director of Litigation at the Washington Lawyers’ Committee for Civil Rights and Urban Affairs, where she was primarily responsible for litigating individual and class action employment and public accommodations cases in various federal and local courts. Ms. Buchanan rejoined PDS in 2002 as its deputy director, and was selected to serve as PDS’s director in 2004. Ms. Buchanan has received many awards for her work, including: 2018 Celebration of Service Award; 2016 Thurgood Marshall Award; 2014 Presidents’ Award for Public Service; 2012 Wiley A. Branton Award; and the 1998 Edwin D. Wolf Award.