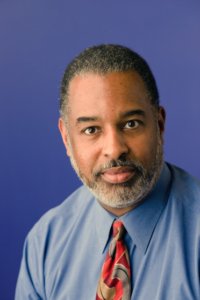 Judge (Ret.) Andre M. Davis, JD is Circuit Judge (ret.) of the United States Court of Appeals for the Fourth Circuit and City Solicitor (ret.) of the Baltimore City Department of Law. Davis received his B.A. in American History from the University of Pennsylvania and his J.D., with honors, from the University of Maryland School of Law. Upon graduation from law school, he completed oneyear clerkships on the U.S. District Court in Baltimore and on the United States Court of Appeals for the Fourth Circuit. Thereafter, he served as an appellate attorney for the Civil Rights Division of the U.S. Department of Justice in Washington and as an Assistant United States Attorney for the District of Maryland, where he handled both civil and criminal cases. He later was in private practice and, from 1984 until 1987, he was an Assistant Professor of Law at the University of Maryland School of Law. Since 1994, he has been a member of the volunteer faculty of the National Judicial College in Reno, Nevada, where he also served as a member of, and for a one-year term, chair of the faculty council. He is a frequent lecturer on aspects of civil and criminal practice for legal and judicial education and training entities. During a thirty-year judicial career starting in 1987, Davis served as an Associate Judge on the District Court of Maryland for Baltimore City; as an Associate Judge on the Circuit Court for Baltimore City; as federal district judge on the U.S. District Court for the District of Maryland; and as a federal appellate judge on the Court of Appeals for the Fourth Circuit. 16 Davis has been active in numerous national and international judicial and legal education and Rule of Law training programs, including the Einstein Institute for Science, Health and the Courts; the MacArthur Foundation Research Network on Law and Neuroscience; and the Federal Judicial Center. His keen interest in how advances in technology improve the work of courts prompted his six-year tenure on the Committee on Information Technology of the Judicial Conference of the United States. In September 2017, Davis retired fully from service as a judge to become City Solicitor, as Head of the Law Department, of his beloved hometown, Baltimore. There, he managed a department of approximately 110, including 70 lawyers, who represent the City in all civil legal matters. In his role as counsel to the Baltimore City Police Department, he was at the forefront of the City’s implementation of the federal court consent decree requiring broad reforms. He retired as City Solicitor in February 2020.