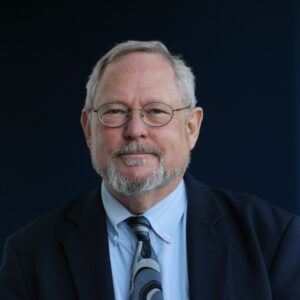 Prior to joining CLBB as Executive Director, Dr. Kinscherff was Associate Vice President (Community Engagement) and Professor (Doctoral Clinical Psychology Program) at William James College. He has been affiliated with CLBB for nine years, serving for the past three years as Associate Managing Director of the Juvenile and Young Adult Justice Project at the Center for Law, Brain & Behavior (CLBB) at Massachusetts General Hospital. He was the 2015-2017 Senior Fellow in Law & Applied Neuroscience at CLBB and The Petrie-Flom Center for Health Law Policy, Biotechnology, and Bioethics at Harvard Law School. Over recent years, he has been on the planning committee and faculty for federal judicial trainings jointly presented through the Federal Judicial Center, CLBB and Harvard Law School.

He was a contributor to the amicus brief submitted to the US Supreme Court by the American Psychological Association (APA) in Roper v. Simmons (2005) and has been involved in bringing science to juvenile and criminal justice reform since that time. As a Fellow of the APA, Dr. Kinscherff’s service has included Chair of the Ethics Committee, Chair of the Committee on Legal Issues, and Board of Professional Affairs. He has also held prominent roles in APA projects involving public health approaches to gun violence, mass shootings, juvenile solitary confinement, developing practice, and liaison to the American Bar Association. Between 2008and 2021 he served as Senior Consultant for the National Center for Youth Opportunity and Justice (previously the National Center for Mental Health and Juvenile Justice) where he worked on several MacArthur Foundation Models for Change projects.

Dr. Kinscherff has held leadership positions in Massachusetts state government and the trial court, as well as teaching, professional service, and policy advisory/development positions that reflect interests at the intersections of law, policy, applied neuroscience, and clinical/forensic behavioral science.

His practice areas include juvenile and adult offenders, post-Miller resentencing and parole cases, expert testimony, violence risk assessment and management, law and policy in justice system reforms and gun violence policy, and the impact of adversities, resiliencies, and social determinants in child, adolescent, and young adult development. He has published widely, teaches and consults nationally and internationally, is involved in state and federal legislative advocacy, and provides trial and appellate judicial education on the implications of developmental neuroscience for law and public policy. For a current list of publications and citation indices see here.

Follow his blog series on juvenile justice, as part of the Project in Law & Applied Neuroscience.