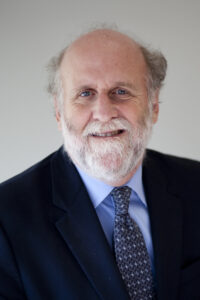 Daniel L. Schacter, PhD is William R. Kenan, Jr. Professor of Psychology at Harvard University. Schacter received his PhD from the University of Toronto in 1981. He remained there until joining the faculty at the University of Arizona in 1987, and Harvard University in 1991. Schacter’s research has used both cognitive and neuroimaging approaches to explore the relation between explicit and implicit memory, the nature of memory distortions, how individuals use memory to imagine future events, and the effects of aging on memory, resulting in over 400 publications. Schacter has received numerous awards for his research, including the Distinguished Scientific Contributions Award from the American Psychological Association, William James Fellow Award from the Association for Psychological Science, and Distinguished Career Contributions Award from the Cognitive Neuroscience Society. He has been elected to the American Academy of Arts and Sciences and National Academy of Sciences. Schacter has authored several books, including Searching for Memory (1996) and The Seven Sins of Memory (2001), both named as New York Times Notable Books of the Year, and both winners of the American Psychological Association’s William James Book Award. He recently completed an updated, 20th anniversary edition of The Seven Sins of Memory (2021).