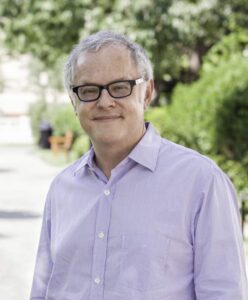 Neal A. Baer, M.D., is a Harvard-trained physician, practicing pediatrician and award-winning television writer and producer. He is the executive producer and showrunner of Netflix’s Designated Survivor, and formerly served as the executive producer of the series Law and Order: Special Victims Unit and of the series ER. From 2013-2015, he served as showrunner and executive producer of the TV series Under the Dome. Fox has purchased Baer’s show The Beast for the 2017-2018 season. The show, to be written by Baer and Dawn DeNoon and produced by 20th Century Fox Television in association with Baer Bones, will be a medical drama in which the main character has a clinical fear of death. He also has served as an adjunct professor at USC, teaching in the area of health communications and health promotion and disease prevention.

Baer serves on the Board of Fellows at Harvard Medical School and is on the board of the ONE Archive, the largest LGBTQ collection in the world of historical materials, books, and memorabilia, housed at USC. He has presented locally and internationally to medical and public health students and faculty, television producers and others on such topics as Utilizing the Media to Effect Social Change; Storytelling and Social Change; Domestic and International Policies Affecting HIV and AIDS; Teens, Sex and TV; and Health Messages in Primetime Television. Recently, he has written about the potential impacts of CRISPR in STAT and the Commentary for Perspectives in Biology and Medicine.