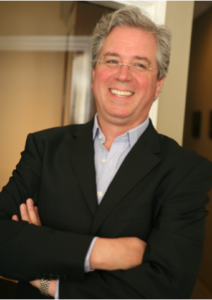 Mr. de Fusco is a 28 year technology entrepreneur with hands-on experience leading early stage through IPO companies in strategic high technology sectors. Mr. de Fusco has devoted the last 12+ years to the development of ground breaking genomic technology for cancer detection in support of personalized medicine. His current venture, Hawkeye Bio, is developing non-invasive cancer diagnostics from breath and saliva samples, and is pursuing a 3,000 patient clinical scale-up with partners in Asia, Europe and the US.

From 2007 to 2017 Mr. de Fusco was the co-founder and CEO of Cynvenio Biosystems, Inc. a liquid biopsy pioneer specialized in mapping the DNA of cancer by sequencing tumor cells present in peripheral blood. In addition to producing a patented medical device for cancer research, in 2015 Cynvenio successfully executed a joint venture in China for companion diagnostics with a publicly traded pharmaceutical company.

Prior to his endeavors in the life sciences Mr. de Fusco was President & CEO of Sabeus Photonics, Inc., a developer of fiberoptic sensor arrays for the defense and energy sectors, as well as subsea broadband systems for the telecommunications industry; he served as Director & President of Neven Vision, Inc., a facial biometrics company that developed groundbreaking identity applications for law enforcement and the gaming industry (later acquired by Google); and President & CEO of voice-over-IP systems manufacturer ACT Networks, Inc., [NASDAQ:ANET] (acquired in 2000) which he joined from Nortel Europe. At Nortel, a Canadian telecommunications infrastructure company, Mr. de Fusco led a cross-functional team focused on winning key segments of the European market with the deregulation of state-owned carriers..

Mr. de Fusco serves on the Advisory Board of the Center for Law, Brain & Behavior at the Massachusetts General Hospital (Boston, MA), an organization devoted to the understanding of neuroscience and the law; and is a member of the board of the Cancer Research Collaboration (Santa Ana, CA), a non-profit dedicated to improving cancer research through improved clinical trials. Previously Mr. de Fusco chaired the American Electronics Association (Washington, D.C – now TechAmerica) Technology Committee and served as an AEA industry delegate to China in the early 2000s.

Mr. de Fusco grew up and studied in Europe where he started his career as a software programmer for Ing. C. Olivetti & Co. in Milan, Italy. He has a B.A. in Political Science from the University of California, Los Angeles and a certificate in General Management from UCLA’s Anderson School of Business.