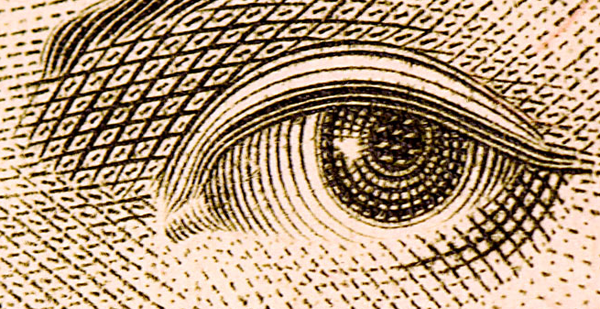 Eyewitness Testimony Is Unreliable: The SJC Tries To Reform Its Use

In August 2014, CLBB partnered with the American Psychological Association to submit an Amicus Brief to the Massachusetts Supreme Judicial Court (SJC) which outlined the latest neuroscientific understanding of eyewitness memory. The following January, the SJC issued an opinion in Commonwealth v. Gomes that changed eyewitness testimony law. This article discusses the reforms the SJC is making to account for the fallibility of memory.

The Massachusetts Supreme Judicial Court (SJC), the state’s highest, enjoys a storied place in the annals of progressive legal thought.  Among its many notable achievements, the SJC laid the groundwork for the national recognition of same-sex marriage by the U.S. Supreme Court last June through its innovative 2003 decision in Goodridge v. Department of Public Health, the first major case upholding the right of gay couples to wed.

The SJC may well be on the cusp of another trailblazing decision that could also legal resonate across the nation. It has recently taken up an issue near and dear to the hearts of many critics of American criminal justice policy: the problem of eyewitness misidentification.

Eyewitnesses play a major role in the apprehension of criminal suspects and their subsequent conviction after trial.  Yet eyewitnesses are not as accurate as one might think.  According to the Innocence Project in New York City, eyewitness misidentifications have contributed to more than 70% of documented “DNA Exonerations,” cases overturned by post-conviction DNA testing of biological evidence from the crime that proved the defendants’ innocence.

Why do eyewitnesses make mistakes with alarming frequency? First, there are what scholars call “estimator variables”—the intrinsic challenges that eyewitnesses face when trying to identify a culprit who is a stranger to them.  Crimes often occur quickly and in poor lighting conditions, leaving potential eyewitnesses ill-prepared to scrutinize a perpetrator’s features.  If the crime involves a gun or a knife, the victim may focus solely on the weapon rather than the assailant.  Even assuming the eyewitness manages to catch a good glimpse of the perpetrator, that image is not filed in the eyewitness’s mind on a USB stick; human memory is elastic, not static.  By the time the eyewitness views a lineup or a photo array of suspects, that image may have shifted in response to post-event information and exposure.

Second, there are “system variables” that concern how law enforcement handles eyewitness identifications, most notably, the structure of lineups and photo arrays as well as the administration of them.  For instance, an academic debate rages over whether it is better for a witness to view a simultaneous lineup (a group of suspects presented at the same time who match the description of the perpetrator) or a sequential one (each suspect presented individually).  The unique brew of estimator and system variables that affect eyewitness identifications can lead to error.  And those errors all too often translate into the conviction of an innocent defendant because jurors, like most people, put tremendous stock in the accuracy of identification evidence.

That’s where the SJC has stepped in.  Our highest court has made a serious effort already in 2015 to alert jurors to the possible flaws with eyewitness identification evidence.  In January, the SJC issued Commonwealth v. Gomes, holding that there are generally accepted scientific principles regarding the fallibility of eyewitness identifications and that jurors should be instructed about those principles in order to properly evaluate the accuracy of such evidence.  Gomes included a provisional jury instruction on the topic.  The court then solicited comments from stakeholders with an eye toward developing a model instruction.  In fact, the SJC convened a committee composed of prosecutors, defense attorneys, law enforcement members, and academics to study the instruction, among other tasks. (For purposes of full disclosure, I was appointed to this body).

In late June, the SJC followed up with a decision in Commonwealth v. Bastaldo that endorsed instructing juries about the specific problems with “cross-racial identifications” given data showing that eyewitnesses struggle even more when it comes to identifying people from a different race.  The SJC also has at least two other cases with eyewitness identification issues pending on its docket.

Taken together, the SJC’s opinions this year represent a strong, bold, and noble attempt to confront one of the largest sources of error in our criminal justice system. The next chapter in the SJC’s history of law reform may very well involve its leadership in showing the entire country how to best grapple with the phenomenon of eyewitness misidentification.

Daniel S. Medwed is a professor of Law at Northeastern University and a legal analyst for WGBH News.

Post Views: 500
« Previous: Variation in CACNA1C is Associated with Amygdala Structure and Function in Adolescents
Next: Extending the ‘Cross-Disorder’ Relevance of Executive Functions to Dimensional Neuropsychiatric Traits in Youth »