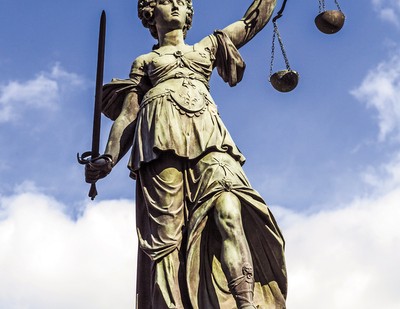 The outcome outraged many in the US legal and scientific communities, who considered the genetic link much too distant to be used to establish guilt. “The leap from population studies of the ‘warrior gene’ to a single man and a single gene variant was absurd,” says Judith Edersheim, a lawyer-turned-psychiatrist at Harvard Medical School in Boston, Massachusetts. And the trial is not the only example of what she describes as “neuroscience run amok in the courtroom”. In 2008, she and her colleague Bruce Price created the Center for Law, Brain and Behavior at Massachusetts General Hospital in Boston to help to improve how scientific findings are used in legal settings.

As a result of rapid technical advancements, neuroscience and other scientific disciplines are poised to bring more researchers into courtrooms. That presents scientists with an opportunity for well-compensated public service, but it can be a double-edged sword. The demands of the courtroom can be exasperating and sometimes even threaten professional reputations.

Taking on the role of expert witness tends to be time consuming, and it is often combative and stressful. It can prove crucial in judicial decisions, but deciding to step into the witness box is not a choice that a researcher should make lightly. “Trial is like sport — you have to be a gamer to be good,” Edersheim says.

Generally, scientists are contacted to serve as expert witnesses on the basis of their perceived expertise and whether they will provide an impartial and accurate opinion. But lawyers’ assessment of expertise can be surprising. “A scientist’s publications, journal impact factors or citation numbers are not necessarily considered a reliable index,” says Allen Hirson, a phonetics researcher at City University London who is often called on to identify speakers, decipher indistinct speech or establish whether audio recordings have been tampered with. The scientists most sought after are those who can communicate effectively on the witness stand, and reputations as an expert witness are built largely through word of mouth. “When I do a good job on the stand, my name is passed on to others and my phone starts ringing off the hook,” he says. As one of only a handful of people in the United Kingdom with a high level of expertise in such analyses, he is in high demand.

People who are tapped to be expert witnesses do not merely walk up to the stand, recite data and figures and render an opinion on culpability. Many are unfamiliar with the byzantine operations of the legal system and will need to have some form of training. In the United States, attorneys who hire them will typically spend time training them for trial (see ‘Courses for would-be expert witnesses’).

Andrew Moll, a deputy public defender in San Bernadino County, California, says that for low-level criminal cases, an expert can expect to spend roughly eight hours preparing to testify and at least four hours on the stand. More-complicated cases may require a lot more than that. Hirson once spent six days being cross-examined in the witness box in a highprofile terrorist case. He spent a couple of weeks before that on an electronic presentation of his evidence to help him to explain what was being said and by whom.

The casework also rarely offers much recognition. Legal reports often require as much work as a manuscript, but they are not published in peer-reviewed journals and so yield no academic accolades, observes Martin Hall, a forensic entomologist at the Natural History Museum in London. Perhaps more troubling for scientists who are new to the legal system is that they can have little data to work with. “Every case is unique, which can be challenging for scientists who like to replicate everything,” he says.

Researchers also need a thick skin. “Not only will a scientist’s expertise be questioned, so will their integrity,” says Michael Saks, who researches legal decision-making at the Center for Law, Science and Innovation at Arizona State University in Tempe. “It can be unpleasant reading reports from colleagues that are worded to make you sound incompetent,” agrees David Ozonoff, who was the first chair of the environmental-health department at Boston University’s School of Public Health and has served as an expert witness in asbestos cases for 30 years. He warns that researchers can expect to be called ‘hired guns’ or worse.

Even more discomfiting, say experienced witnesses, is a heated cross-examination. “It will be uncomfortable; that’s the nature of the game,” says Mark Chernaik, a staff scientist at the non-profit group Environmental Law Alliance Worldwide in Eugene, Oregon. Chernaik often testifies against well-resourced defendants — such as multibillion-dollar mining companies — who, he says, try to find every embarrassing statement he has ever made and tear apart every word of opposing testimony. “Not everyone’s nervous system is built for being on a witness stand,” says Chernaik.

Ozonoff says that he enjoyed the work, especially when intellectual sparring was involved, and became known as a good witness. But he has tired of it, mainly because of “depositions that were becoming really nasty”. He likens the frosty relations to how US Republicans and Democrats no longer share a drink or work together in Congress. “The same thing happened in litigation,” he says.

The notoriety generated by being on a witness stand underscores how important it is for scientists to remain in their area of expertise, Edersheim points out. “In the age of the Internet, there is no hiding. Everyone — your colleagues, your dean and your lab partner — will know what you said in court.” She adds that scientists also often do not realize that whatever they say will be immortalized in a trial transcript, which can come back to haunt them if they contradict themselves in a trial years later.

Yet there are pay-offs, financial and otherwise, to serving as an expert witness. Ozonoff estimates that he was deposed 400–500 times, almost always for civil suits that hinged on when the asbestos industry learned about health concerns associated with its products. Although he routinely undercharged clients and sometimes worked pro bono, the income he earned during those 30 years helped to send his children through private school and university.

No one should expect to get wealthy from working as an expert witness. Ozonoff was able to devote time to many cases because his university allowed him to spend one day per week consulting. But some institutions, such as RTI International in Research Triangle Park, North Carolina, stipulate the terms under which an employee can serve as an expert witness; for example, he or she can testify only on research results performed by the institute. Other institutions, including the Natural History Museum in London, allow their employees to spend time on cases, but take the fee to offset the lost hours.

Hall has not benefitted financially from his work as an expert witness, but his experiences have stimulated research ideas. He is often called on to use his knowledge of blowfly development to help police to establish the latest possible time of death. He worked on a case in which bodies were found in suitcases, but he struggled to find research that would help him to determine how long it would have taken insects to find the bodies. So he did the experiments himself and found that it depends on weather: in summer, flies would take a day or two to get to the body; in winter, it could take two weeks. “My MSc student got beautiful video of an ovipositor [an insect’s egg-laying organ] pushing through the zippers of a suitcase,” he says.

Ultimately, serving in this capacity is about making a contribution to society, researchers say. Ozonoff recalls that only once did a colleague suggest that anyone who testified in court was for sale. “My testimony was true,” he says. “And my expertise was being put to good use.”

That is the most fundamental reason for a scientist to accept the request, says Owen Jones, director of the MacArthur Foundation Research Network on Law and Neuroscience at Vanderbilt Law School in Nashville, Tennessee. It is an opportunity to make science matter in a broader sphere. “The legal system will never be better informed than when scientists take the time to help it move in a more constructive and accurate direction,” he says.

Edersheim views serving as an expert in the courts as both an honour and a duty. “The legal system is the underpinning of democratic society,” she says. “If a scientist participates with integrity, it is as high a calling as any other.”