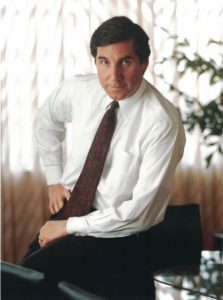 Steve Belkin founded Trans National Group, a privately-held corporation, in 1974 and, as chairman, has started more than 25 companies in the fields of marketing, travel, real estate and investments.  Steve is viewed as the founder of Affinity Marketing, pioneering the use of direct mail marketing to provide products and services to the Affinity Group marketplace.  Steve’s first company, TNT Vacations, provided vacation packages to over 2 million travelers before the company was sold.  Trans National Financial Services created the concept of Affinity Credit Cards and originated more than 10 million affinity credit cards worldwide.  Steve started TN Marketing in 1998 which recently became the largest online how-to video subscription and video streaming business in the U.S. after its recent purchase of Bluprint/Craftsy from NBCUniversal.  In 2004, Steve realized a lifelong dream by becoming the largest individual owner of a professional sports enterprise consisting of the Atlanta Hawks (NBA), Atlanta Thrashers (NHL) and as Philips Arena lease holder in Atlanta, GA.  Steve sold his interest in these teams and the arena in 2011.  The Belkins purchased Belkin Family Lookout Farm in 2005 and expanded the farm with the addition of Lookout Farm Hard Cider and Craft Beer and The Lookout restaurant.

Steve received his Bachelor’s degree in Industrial Engineering from Cornell in 1969 and a Harvard Business School MBA in 1971.  He was Captain of the Tennis Team at Cornell and played Varsity Squash.  Steve was named Cornell University Entrepreneur of the Year in 2004.  He was inducted into the Inaugural Class of the Cornell Squash Hall of Fame in 2018.  Steve has served as a trustee or board member of many organizations, including Cornell, Harvard Business School, Combined Jewish Philanthropies, the Sports Museum of New England, Boston Medical Center, the Hoffman Institute, the Museum of Fine Arts and the Anti-Defamation League.