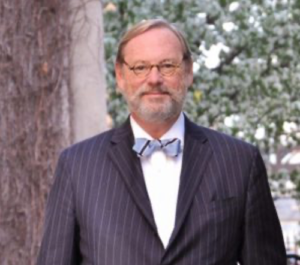 Robert R. Hopper is the Founder and Managing Partner of Robert R. Hopper & Associates L.L.C., a professional law firm he founded in 1978 based in Minneapolis, MN. Through his law firm, he has enjoyed diverse and rewarding practice as a trial lawyer, litigating and negotiating in both federal and state courts; working in corporate public affairs; and as a lobbyist – lobbying Congress and the Executive Branch, including various agencies of the federal and state governments; as an advisor and counselor to business; and, as an advisor in strategic communications and media relations. In these varied roles, Mr. Hopper’s 41 years of professional experience, with 34 years in private practice as a lawyer, focuses on various areas of practice.

As an experienced practitioner in each of the areas of law, politics, and media, Mr. Hopper emphasizes the importance of integration between them. This philosophy and practice are based on a view that most legal problems and dilemmas facing individual and institutional clients alike often require strategies which are concomitantly effective in both the courtroom and the court of public opinion, and when necessary, in the political and public policy arena. These strategies require thoughtful and persuasive communication to advocate a client’s interest or to creatively tell their stories. When litigation has ended or possibly avoided, and when negotiation is required, strategic communication is also imperative to ensure a desired outcome or resolution. Integrating these honed skills in all of these areas defines the uniqueness of Mr. Hopper’s practice and evinces the depth and breadth of Robert R. Hopper & Associates, L.L.C., as a firm.

Mr. Hopper has been involved in several high-profile cases. In this capacity, he has often represented clients when “crisis management” is necessary. By offering all of these skillsets simultaneously, Mr. Hopper may serve as a spokesperson and advisor in media relations, an advocate in the courtroom and counselor at law, and a lobbyist – all to assist clients in navigating through the crisis.

Through his 34-year legal career, Mr. Hopper has practiced in complex litigation and class actions, including the national tobacco litigation, the largest case in U.S. history, reaching a settlement of $247B. He has also worked on many of the largest mass tort, defective drug and defective medical device cases, antitrust cases, and environmental toxic tort and conservation cases. In addition to his work as a trial lawyer, Mr. Hopper has also had a long career working in Washington, DC in federal government relations.

Mr. Hopper’s cases have been featured on Court TV and other major national and local media. In that regard, he has been interviewed and appeared on the Today Show, Good Morning America, ABC’s 20-20, The CBS Early Show, CNN, CNBC, Larry King Live, The Dan Abrams Show, FOX TV, On The Record with Greta Van Susteren, National Public Radio. His cases have also been featured extensively in numerous local media in the Twin Cities.

For nearly 40 years, Mr. Hopper has fought for civil rights and social justice in Harlem and the South Bronx in NYC, Atlanta and in Minneapolis|St Paul; represented diverse populations, ethnic minorities, and people of color in class actions such as in the landmark Metro Gang Strike Force case; and, fought for the rights of all people who have been wrongfully injured or killed, including those with traumatic brain injury, paralysis due to spinal cord injury and those who have become affected by brain cancer, brain tumors, and neurodegenerative diseases.

Mr. Hopper has received an AV (highest) rating from Martindale-Hubbell Law Directory, the premier peer review rating system for attorneys in the U.S., which is an objective indicator of a lawyer’s high ethical standards and professional ability.