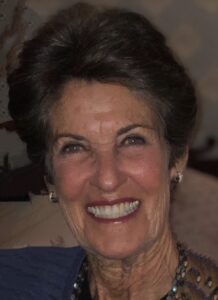 Joan Belkin, a former first grade teacher, has championed the cause of caring for malnourished children.  In 1994, the Belkins created a benefit dinner they named Food for Thought.  The proceeds went to Boston Medical Center’s Grow Clinic which treats children with a condition called failure to thrive.  The Belkin family was instrumental in setting up Boston Medical Center’s Food Pantry which is the only hospital-based food pantry in the country.  The pantry teaches low-income families how to choose and prepare healthy food and provides in-home nutritional assessments of their children.   Joan is a Hoffman Institute Board Member, a Grow Clinic for Children at Boston Medical Center Advisory Board Member, a former ADL Executive Committee Member and former Weston Public Schools Parent Advisor.  Joan received her BS in Child Development at Cornell in 1969 and Master’s in Education from Wheelock College.  Joan taught in both the New York City and Boston Public School systems.

Together, Steve and Joan Belkin have served on the boards of numerous charitable organizations.  Their generosity has touched many people and organizations.  Working with the Anti-Defamation League, they sponsored an annual trip to the Holocaust Museum in Washington, DC for 15 years to help build unity and understanding.  Through this endeavor, they brought over 2,000 community leaders, students, teachers and people of all denominations to the Museum to learn about the devasting effects of discrimination.

Joan and Steve have received the following honors:

Joan and Steve Belkin met as students at Cornell University in 1966 and have been married for 49 years.  They have two married daughters and five grandchildren and have resided in Weston, MA for over 45 years.  Through their philanthropy, they have devoted their lives to giving back to the community and making a difference to others.