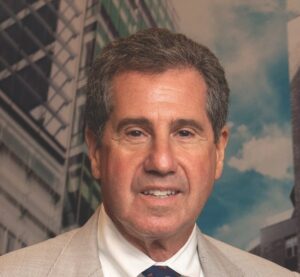 Jerrold F. Rosenbaum, M.D., is psychiatrist-in-chief emeritus and director of the Center for Anxiety and Traumatic Stress Disorders and director of the Center for Neuroscience of Psychedelics at the Massachusetts General Hospital and Stanley Cobb Professor of Psychiatry at Harvard Medical School. His career has focused on mood and anxiety disorders, with a special emphasis on pharmacotherapy of those conditions.

Dr. Rosenbaum has authored more than 400 original articles and reviews and has authored or edited 20 books. He serves on 12 editorial boards of professional journals. A research focus has been longitudinal studies of children at risk for anxiety disorders and depression, which examined behavioral differences, risk factors, longitudinal outcomes, treatment, genetics, and brain structure and function of children of parents with mood and anxiety disorders.

At Mass General, Dr. Rosenbaum directed a department of more than 600 clinicians, researchers, and trainees, named by U.S. News and World Report as the #1 Department of Psychiatry in the United States in 2019 and for 20 of the prior 24 years. Also at Mass General – the largest hospital-based research institution in the world, with over one billion dollars of annual research funding – he served as chair of the hospital’s Executive Committee on Research. His clinical and consulting practice specializes in treatment resistant mood and anxiety disorders, and he consults extensively to colleagues on management of these conditions.

Dr. Rosenbaum led the development of the Mass General outpatient service into a world leading clinical and clinical research center, with 60 specialty clinical and clinical research programs and $70 million of annual external research funding. Dr. Rosenbaum was the 2007 recipient of the C. Charles Burlingame Award given annually for lifetime achievement in psychiatric research and education by the Institute of Living in Hartford, CT, the 2011 Massachusetts Association of Mental Health Friend and Leader Award, the 2016 recipient of the Joseph B. Martin Dean’s Leadership Award for the Advancement of Women Faculty, and a 2018 recipient of the Ellis Island Medal of Honor. He served as president and the chairman of the Board of the Anxiety and Depression Association of America, served on the MGH Board of Trustees and Partners Healthcare System Board of Trustees, and is immediate past president and on the Board of Directors for the American Foundation for Suicide Prevention. He currently serves as a co-Chair of Development at MGH. He serves on the Board of Directors of Psy Therapeutics which he co-founded for the discovery and development of novel therapeutics for brain disorders and on the Board of Sensorium Therapeutics which he also co-founded to identify novel therapeutics for psychiatric disorders from plant-derived lead molecular entities. He is currently directing a center for understanding the Neuroscience of Psychedelics at MGH, to use the knowledge of how psychedelics promote neuroplasticity to advance the treatment of psychiatric and other brain disorders.

Dr. Rosenbaum received his undergraduate degree from Yale College and his medical degree from Yale School of Medicine. He completed his residency and fellowship in Psychiatry at Mass General, Harvard Medical School.