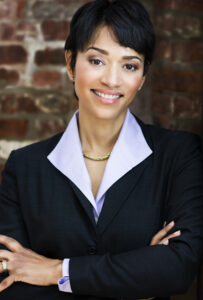 Jennifer Jones Austin, JD has more than 20 years of leadership, management and advocacy experience working for the advancement of underserved children, individuals and families. Ms. Jones Austin is the Chief Executive Officer and Executive Director of the Federation of Protestant Welfare Agencies (FPWA), a prominent social policy and advocacy organization with 200 member human services agencies operating throughout New York City. She is also Chair of the New York City Board of Correction, a nine-person, non-judicial oversight board that regulates, monitors, and inspects the correctional facilities of the City. Prior to joining FPWA, Ms. Jones Austin served as Senior Vice President of United Way of New York City, the City of New York’s first Family Services Coordinator appointed by Mayor Bloomberg, Deputy Commissioner for the City’s Administration for Children’s Services, Civil Rights Deputy Bureau Chief for New York State Attorney General Eliot Spitzer, and Vice President for LearnNow/Edison Schools Inc. Throughout her career, Jennifer Jones Austin has chaired and served on several influential boards, commissions and task forces. New York City Mayor Bill de Blasio appointed her as Co-Chair of his mayoral transition in 2013, a leader of his UPK Workgroup that designed the full day Universal Pre-Kindergarten Initiative, and a leader of his Jobs for New Yorkers Task Force. She was the Co-Chair of the NYC Department of Education Capacity Framework Advisory, and a member of the PlaNYC Advisory Board. She served as Chair of the City of New 20 York Procurement Policy Board and Co-Chair of the New York State Supermarket Commission. Presently, Ms. Jones Austin serves as Board Member and Spokesperson for The National Marrow Donor Program, and Board Member of the NYC Board of Correction, the New York Blood Center, and the Fund for Public Housing. She also serves on the Human Services Council. Previous Board service includes the New York Women’s Bar Association Foundation, Children for Children, Citizens’ Committee for Children, the Icla da Silva Foundation, and the Bethany Baptist Church Child Development Center. Ms. Jones Austin earned her law degree from Fordham University School of Law, a Master’s degree in Management and Policy from New York University Robert F. Wagner Graduate School of Public Service, and a Bachelor’s degree from Rutgers University.